How does anatomical knowledge move from one site to another? Between 1750 and 1950 the study of anatomy underwent great changes, as a part of the development of scientific medicine, through public anatomies, as well as in the interplay between the two. How did these changes spread geographically?

How did knowledge about newly discovered lesions travel from one hospital to another? What was the role of anatomical models in the spread of the public consciousness of syphilis, for example? Was the spread of this knowledge hindered by national borders, or did anatomical knowledge cross those borders easily? These questions are concerned with what James Secord terms ‘knowledge in transit’. To seek an answer to these questions, a conference focusing on the circulation of anatomical knowledge between 1750 and 1950 will be organized in Leuven from 7-9 January 2015. Confirmed speakers are Sam Alberti, Sven Dupré, Rina Knoeff, Helen MacDonald, Anna Maerker, Chloé Pirson, Natasha Ruiz-Gómez and Michael Sappol.

Knowledge does not move by itself – it has to be carried. To better understand how anatomical knowledge moves from place to place, we will seek to trace the trajectories of its bearers. Some of those bearers were tied very specifically to the discipline of anatomy: wax models, preserved bodies (or parts of them) or anatomical atlases, for example. These objects are polysemic in nature, tending to have different meanings in different contexts and for different audiences. It makes the question of how anatomical knowledge travelled all the more pertinent if, for example, wax models that went from a Florentine museum to a Viennese medical training institution underwent a shift in meaning en route. But bearers of knowledge less specifically tied to anatomy were equally important: articles, books and individual persons to name but a few examples. 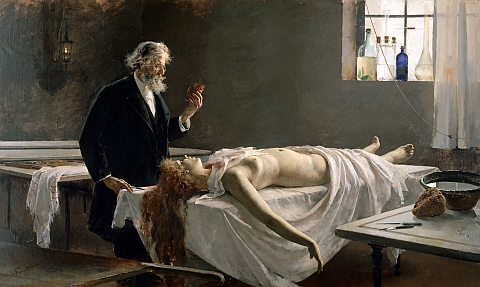 For our conference we welcome contributions regarding the geographical movement of anatomical knowledge between 1750 and 1950. We are equally interested in ‘scientific’ and ‘public’ anatomy – as well as in exchanges between the two domains. Therefore, we encourage contributions about bearers of anatomical knowledge as wide-ranging as persons (scientists, students, freaks), objects (models, preparations, bodies or body parts), visual representations (films, atlases, wall maps) and practices (dissections, travelling exhibitions), as well as their (transnational and intranational) trajectories.

Paper proposals must be submitted by 1 June 2014.