Call for Papers: Centres of Diplomacy, Centres of Culture I: The Habsburg and Papal Courts c.1450 to c.1630

Diplomatic studies increasingly focus on the cultural and social aspects of diplomatic practice and stress the agency of individuals within international relations. Despite this, many scholars often still investigate within the parameters of national diplomatic corps or explore one end of a bilateral relationship. In contrast, this conference will focus on the cohorts of diplomats sent by different polities to the Habsburgs and Popes to explore the ways in which diplomacy fostered cultural exchange (defined broadly) at early modern courts in this crucial period for the development of the type and scope of diplomatic activity with which early modern rulers engaged. It will bring together early career scholars to ask how did diplomats learn the rules of diplomatic practice from one another and their host court? To what extent did their host court learn about how to conduct longer-term diplomacy from them? How did diplomats’ enacting of their own cultural norms influence the foreign political culture in which they operated? What impact did this and the diplomatic exchange of ideas, material goods, and books have on diplomatic culture? To what extent did distinct diplomatic cultures develop at early modern courts?

This event aims to bring early career scholars working on such questions from different disciplinary angles (including, but not limited to History, History of Art, Modern Languages, English) into productive dialogue with one another. The conference will also feature a lunchtime workshop with specialists from the museum sector about working with museums for public engagement and teaching. 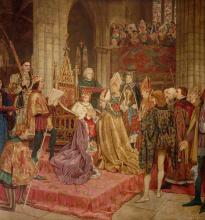 Proposals for 25 minute papers focussing on any of the Habsburg courts or the papal court are welcomed, in particular papers that deal with:

Proposals from scholars at an early stage in their career are particularly encouraged. Thanks to generous funding from a British Academy Rising Star Engagement Award (BARSEA) attendance is free. Lunch and refreshments will be provided. Free accommodation will be provided for speakers and speakers’ travel expenses will be reimbursed within reason. Please send proposals (of no more than 500 words) and enquiries to Tracey Sowerby by June 12, 2015.

This is the first of two conferences supported by a BARSEA that will explore diplomatic cultures at early modern courts. The second, to be held in 2016 will focus on the French, English, and Ottoman courts.