On 23-29 August 2015 the 22nd congress of the international Committee of Historical Sciences will take place in Jinan, China. The ICHS/CISH has organised five-yearly world congresses of historians since 1926, but with the recent surge in globalisation and in global history, they have begun to reflect the global diversity of history better. For the 2015 congress programmes of financial assistance are in place to assure the attendance of younger historians and historians from diverse countries. On the CISH website details on this will become available.

At the CISH conference a session will discuss the global and comparative history of female prostitution from 1600 to the present. There are many national and local studies on prostitution, but no international comparison over a long period has so far been attempted.

The session will study prostitution as a societal phenomenon as well as prostitutes’ working and living conditions. Over time and space, these have differed greatly. Prostitution has in different times and societies both been accepted and rejected. It has been outlawed, criminalized, regulated, legalised and tolerated. Sometimes, difference has been made between brothels, streetwalking or massage parlours, at other times not. Prostitutes, pimps and madams have been (often) considered outcasts as well as (sometimes) successful entrepreneurs. Prostitutes have been locals and immigrants, and they have entered the business voluntary or forced; sold or free; to escape from, or to sustain their families. Lawmakers and abolition movements have and have not distinguished between white and non-white prostitution. Waves of toleration/regulation and of abolishment/prohibition have succeeded each other. With the rise of colonial empires and increasing globalization since the second half of the nineteenth century, both sex work itself and attitudes towards it, like regulation and abolition, have had entangled histories. 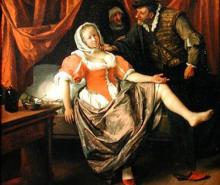 Since prostitution is an overwhelmingly urban phenomenon linked to the evolution of commercial society, the focus will be on cities. We start in the early modern period in order to gauge how practices of and attitudes towards prostitution changed with industrialisation and increasing urbanisation. By including the pre-colonial situation, we are able to discern to what extent prostitution changed with colonisation. Recent developments in migration, communication, legislation and in ideas on sexuality have had a profound impact on sex work, which makes it interesting to include the recent period. Processes of colonisation, changes on labour markets, urbanisation, the rise of state control, military engagements had an important impact on the practice of prostitution and on the societal reactions to it. We are looking for studies which compare these developments over larger periods of time and /or for different cities.

Paper proposals should be a maximum of 2 500 characters – 350 words and should be sent with a short biographical note to Lex.HeermavanVoss@Huygens.KNAW.NL by 22 June 2014.