Call for Papers: Mary of Burgundy. The Reign, the ‘Persona’ and the Legacy of a European Princess

Mary of Burgundy (1457–1482), daughter of Charles the Bold and heir to the Burgundian States, has received relatively little scholarly attention from specialists. Despite an exhibition held at Beaune from November 2000 to February 2001 (Bruges à Beaune. Marie, l’héritage de Bourgogne) as well as a number of biographies of varying merit, her brief reign remains overshadowed by those of her father, Charles the Bold, her husband, Maximilian of Hapsburg, and those of her son and grandson, Philip the Fair and Charles V. Mary’s reign, however short, is nevertheless important in the history of Europe and her absence from scholarly research is all the more surprising given the current interest in the role of women at the Burgundian court, particularly in Mary’s stepmother, Margaret of York, and her own daughter, Margaret of Austria. 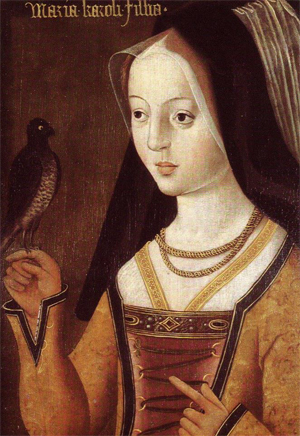 On closer inspection, however, it is clear that Mary of Burgundy was a key player in the most important spheres of her day, notably politics, diplomacy, and the arts. On the political front, her involvement in the Great Privilege of 1477 and the crisis which sparked it is well known. However, the precise role played by the duchess and those close to her in this tangled series of events – especially the lessons that she learnt from the experience – are less well understood. More generally, the diplomatic negotiations and military campaigns which had an impact on her reign deserve greater attention from scholars, and the princess’s own role in these needs to be brought to light. Her role as a patron of the arts has recently started to receive more interest beyond the notoriety of the Hours of Mary of Burgundy. However, a number of important works of literature, history and iconography associated with the duchess have yet to be explored. Finally, it also important to consider the image of Mary in historiography, both in the collective memory of her own time and in that of subsequent generations, in order to understand the place that she occupies – or not – in the collective, historical, imagination.

This international colloquium aims to bring together specialists working on the fifteenth century and on Mary’s reign from across the disciplines – literature, manuscript studies, political, social, cultural and economic history, art history, and gender studies – in order to reassess the ‘persona’, the reign and the legacy of Mary of Burgundy in the history of Burgundian and European culture.

The colloquium will take place in Brussels and in Bruges, 5–7 March 2015. Proposals for papers (25 minutes maximum, in English or in French) might consider, but are not restricted to, the following themes:

Proposals of about fifteen lines (200–300 words) should be sent by 15 May 2014 to the following address: jonathan.dumont@ulg.ac.be