Call for Papers: Reframing Diplomacy: New Diplomatic History in the Benelux and Beyond

The visit by Google CEO Eric Schmidt to North Korea has recently highlighted once again the role that private individuals can take in ‘diplomatic’ activities (and the controversies that they can cause in doing so). Already in 1977 Maureen Berman and Joseph Johnson (himself US secretary for the Bilderberg meetings) published Unofficial Diplomats, a collection of essays on “private international relations” and the role of non-governmental individuals and groups who sought to influence international affairs through their own direct contacts abroad. The book reflects how the 1970s was in many ways a key decade for these activities, with the transformation of East-West relations through the Helsinki Accords opening up new spaces for cross-border human rights and dissidence activism. Yet the phenomenon of unofficial diplomacy obviously has a much longer history than simply this particular episode in the Cold War. 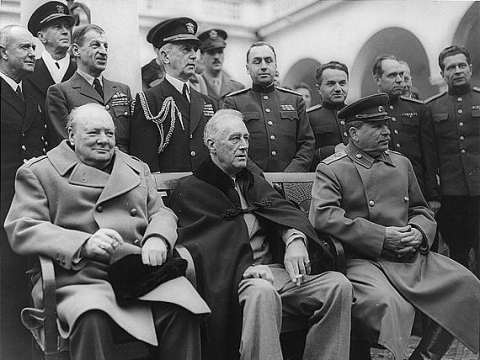 This conference aims to bring together scholars who are looking at aspects of “private international relations” and changes in diplomacy through the 20th century. It places ‘the diplomat’ at the centre of investigation, be that involving new ways to interpret diplomatic practice or the introduction of new actors as diplomats.

The event intends to link up scholars in the Benelux area with those from outside this region who are examining interlinked aspects of this field. Inspired by recent moves to generate new approaches to Diplomatic History, the conference will link the latest developments in Dutch and Belgian research with a wider circle of scholars to share thoughts and theoretical insights on new directions and ongoing research projects. What new approaches are being used, and what are the outcomes?

New Diplomatic History
Traditional, orthodox Diplomatic History, with its emphasis on government archives as source material, aims to piece together the decision-making processes of policy-makers, thereby reconstructing the reality (or ‘truth’) of statecraft. In contrast, New Diplomatic History (NDH) seeks to introduce new layers of investigation by focusing on what can be termed the informal or unofficial realm of diplomacy. Archival evidence remains central, but the approach is more transnational than international in that more attention is given to non-governmental actors who cannot be bound by orthodox understandings of the ‘national interest’ or national identity. It therefore opens up new areas of enquiry on a spatial, temporal, and behavioural plain:

a)      Spatially, in the sense of granting more importance to the role of individuals and non-governmental institutions often bypassed in the more orthodox study of diplomatic interaction, simply because their input into policy-related decision-making is diffuse at best and absent at worst.

b)      Temporally, in the sense that the examination of a wider field of diplomatic ‘actors’ challenges the standard periodisation of diplomatic activity as sketched out according to the sequence of high politics developments and (inter-)governmental decisions.

c)      Behaviourally, in the sense that the very nature of diplomatic practice and the role (indeed the very notion) of the diplomat is being transformed in an ever-more-dynamic global context of multilateral agreements and transactions. This allows for adopting alternative approaches – network analysis, new institutionalism, sociology, prosopography – to sketch the broader playing field of ‘diplomacy’. Once the frame of ‘diplomacy’ is altered, so the kinds of actors who become visible change with it.

Contributions
Based on this foundation, paper proposals are welcome that refer to one (or all) of the following three broad fields of research:
1)      The practices and processes of diplomacy itself, as demonstrated by the role, behaviour, networks, discourse, self-representation, perception, identities, loyalties, and mobility of particular diplomats and of the diplomatic profession at large, and how they have changed through the 20th-21st centuries;
2)      The practices and processes of informal diplomacy, involving the identities, activities, motivations, justifications, interactions, interlinkages, goals, legitimacy, and policy-relevance of unofficial diplomats, be they individuals acting on their own or as part of a non-governmental organisation, network, or social movement, in the 20th-21st centuries.
3)      Linkages, relationships, and resonances between 1) and 2).

Timetable: Draft paper proposals of 500 words should be sent to g.scott-smith@zeeland.nl on or before
1 March 2013.