On November 5/6, 2015, the University of Groningen will host a conference about the South Eastern and Eastern European theatre of the First World War. Since the fall of Communism and the collapse of the Eastern Bloc, many unknown sources in the archives of different Eastern European countries have become available for international scholars. When in 2013 Christopher Clark published his book The Sleepwalkers, he presented apparently unknown details from the South-Eastern and Eastern-European theatres of the prelude to the First world war to a large, partly un-academic reading public. It goes without saying that these new findings provoked historical debates in academic circles both in the East and the West of Europe. The Clark-controversy turned out to be not a coincidence, as it seems we can speak of an “Eastern Turn” in First World War historiography. The iconic image of the Western Front’s trenches, made famous in cinematography and war poetry, can be revised and redefined. In the process of European integration, additional attention should be paid to the Eastern battlefields and home fronts of the Great War, both in historiography as well as in the culture and politics of memory.

The main aim of the conference is to give a number of scholars from both Western and Eastern Europe the opportunity to share their thoughts, ideas, and research findings about source material of the different Eastern fronts in the First World War. Questions that will be dealt with are: Where are new sources to be found? What is the methodology used in researching such sources? What has been researched, and what not? How to connect the different historiographies of Europe?

We welcome other topics/approaches related to the above mentioned.

We welcome individual proposals for a 15-minute presentations. We strongly support lively and stimulating presentations and recommend all applicants to make use of film, media and images. Please include the following information with your proposal:

The proposals should be sent to: UnknownFronts@rug.nl 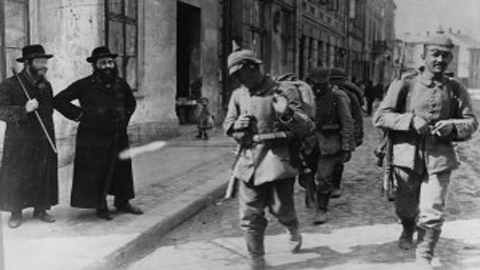