Call for Papers:Reconsidering Democracy and the Nation State in a Global Perspective

From 14 – 16 January 2016 the research group Political Cultures and National Identities of Leiden University Institute for History will organize the conference “Reconsidering Democracy and the Nation State in a Global Perspective”.

We invite you to submit a paper proposal for the conference. Deadline submission of abstracts: 1 September 2015.

Modern liberal democracy has traditionally developed within national frameworks. Even the word democracy implies the existence of a demos or citizenship. The period that has often been seen as the first breakthrough of modern conceptions of democracy, the decades around 1800, also saw the rapid development of modern nation states such as France. Vehement and exclusive nationalism, on the other hand, has also been one of the most dangerous enemies of liberal democracy.

The intimate relationship between democracy and nationalism masked the inherent tensions which became apparent during the democratization of many European nation-states since the end of the nineteenth century, a period during which nationalism emerged in a forceful and fitful manner. During the twentieth century the victory of the Allies in the Second World War seemed to spell the definitive victory of the western model of the democratic nation-state.

However, it soon became evident that exporting and implementing this model was problematic. Communist countries had a completely different view of democracy and the relevance of the western model for postcolonial societies was questionable.

The idea that democratic rights were not safe in the hands of nation-states and needed the support of non or supra-national organizations and movements began to spread and was taken up by universalist and internationalist advocates. In the twenty-first century globalization, European integration and populism all seem to challenge the old model, albeit in very different ways.

This conference will investigate the multifaceted relationship between democracy and the nation-state, not only in Europe but also in other parts of the world. Separate workshops will address this topic from different angles, ranging from the nationalization of the (mainly European) masses (George Mosse) at the end of the nineteenth century to forms of the national state in postcolonial Africa; from the promise of democratic perpetual peace and pursuing democratic rights at the supranational level to populist and nationalist distrust of democratic oligarchy and to the challenges democracy faces when the monopoly of legitimate force of the nation-state is threatened.

The conference will try to answer the question whether the age-old relationship between democracy and the nation-state is entering a new phase.

The conference program consists of two plenary keynote lectures and paper presentations during workshop sessions (circa 10 persons per session). Presenters of accepted papers are asked to speak 15 minutes, followed by a discussion under the supervision of a session chair.

Prof. dr. Glenda Sluga will deliver a keynote address.
The other keynote speaker will be announced soon.

We invite scholars to submit proposals for a paper on one of the following themes:

Democracy and the United States: the exceptional or universal nation?
Coordinator: Adam Fairclough

When the nation is not enough. Democratic rights on the global stage, 1870-1970
Coordinator: Anne-Isabelle Richard

Please send your application before 1 September 2015 to: conference.democracy.nation.state@leiden.edu

Title of the abovementioned theme of your choice 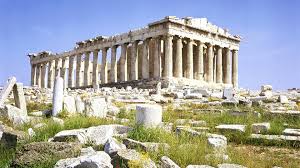