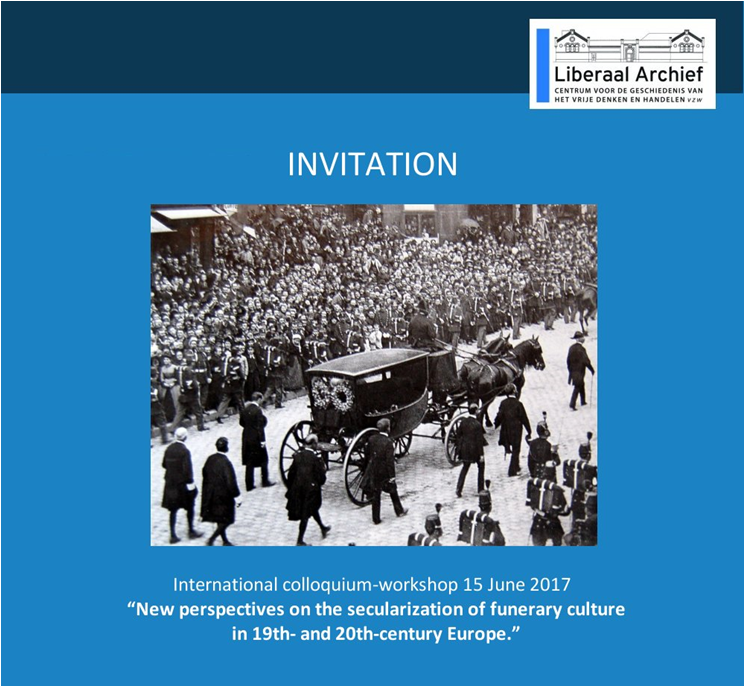 The celebration of the key human rites of passage without church ceremony was a major theme of the 19th-century ‘culture wars’ between anticlerical forces and religious authorities across Europe. Around the mid-19th-century the organisation of civil burials became an important strategy among European freethinkers to weaken the institutional power of religious bodies and clear the ground for new secular practices. During the last decades of the 19th century cremation also became politically and religiously charged in various European countries, as it became a field of experimentation by those seeking secular alternatives to established Christian rites. Christianity kept an important place in the interwar cult of the dead in countries such as France, Britain and Belgium. While secular funerals lost their militant and anticlerical character in Western Europe, communist regimes in Eastern Europe imposed/favoured secular funerals with varying success, following Marxist-Leninist atheism.

Historians have generally treated the history of conflicts over death rites between anticlerical forces and Catholic/Protestant/Orthodox authorities in purely national contexts, while the topic of secular funerals in communist states has not received a lot of consideration. This international colloquium/workshop brings together scholars working on the history of secularism, atheism and funerary culture in France, Belgium, Luxemburg, Italy, Britain and Romania. This colloquium will facilitate a comparative analysis of the importance of secular funerals to freethinkers around Europe. The aim of the colloquium is to discover transnational links, to compare Western and Eastern European patterns over a longer period of time and to refine our understanding of the various dimensions of the process of secularization.