Other Times, Other Suffering

‘Exploring New Vistas in the Historiography of Science’ is the title of a series of colloquia held at Leiden University. The series has now started its fourth run. The speakers in the current series includes Maxim Kupovykh of Leiden University and Gerard Alberts from the University of Amsterdam. On 20 October, Trudy Dehue, professor of philosophy and history of science at the University of Groningen, spoke on ‘Other times, other suffering. On studying depression from a historical point of view ‘. Trudy Dehue’s main research themes include the biological turn in psychology and psychiatry. Her most recent book, De depressie-epidemie. Over de plicht het lot in eigen hand te nemen, was published in Dutch in 2008, discusses the changing meaning of the concept of ‘clinical depression’. Historici.nl had an interview with her.

Thank you for agreeing to this interview. The title of your lecture, Other Times, Other Suffering, implies that suffering hasn’t always been the same. How has suffering changed, and what does suffering mean now as opposed to what it meant in the past? 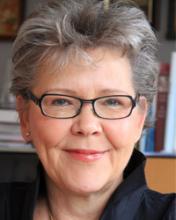 The lecture argues that professional historical research can contribute much in present-day debates. One recurrent debate concerns the increase of the number of people diagnosed by themselves or others with a psychiatric disorder. Why does this number increase , particularly in affluent countries like the Netherlands? A common explanation is that these disorders have always existed and can now be properly diagnosed and treated. Does this historical explanation hold true? Most psychiatric disease categories werent introduced before the 20th century. Their introduction implied that kinds of suffering or misbehaviour were framed as a disease and were treated accordingly. Anyone who argues that psychiatric disorders have always existed neglects that their introduction thoroughly changed the suffering and the entire life of the people involved.

In the lecture you are focusing on the history of depression as a psychiatric disease. Why specifically depression?

Depression is one of the most common (self) diagnoses in our society. If the number of people fighting depression only increases with economic progress than what is the point of enhancing the economy in poorer countries?

How has the concept of depression changed historically?

After severe unhappiness was framed as the psychiatric disorder depression, the meaning of that word has regularly changed. An easy illustration is the combination of two advertisements for antidepressants. The first one is from the 1950s and the second from the 2000s. The first one shows a housewife with an apron who is happily vacuum cleaning again. The second one shows a beautiful dancer in a fancy red dress. The first one represents the older view of depression as an inability to accept life as it is whereas the second one represents the present view of depression as an inclination to do just that too much. The medications that are being advertised serve opposite purposes.

Has the word ‘depression’ been misused to a certain extent?

Who would I be to say such a thing? As a historian and sociologist of science, I am not interested in judging people. I am interested in the question of why depression treatments increased that much since the 1990s. Hence, I take every use of the word seriously. Compare me to a dictionary writer who simple records but does not criticize the new meanings a particular word acquired.

How does this change in understanding relate to the historical development of social sciences?

If society changes, science changes and vice versa. Only if we understand that can we ask and answer pressing questions.

The lecture series is entitled ‘Exploring New Vistas in Historiography of Science’. In what sense were you exploring such ‘new Vistas’ during the lecture?

Many fear that holding to the basic rule of proper history writing that presentism should be avoided makes historical work irrelevant to present-day discussion. On the contrary, I argue, the many amateur histories using the present as a standard to study the past are the irrelevant ones.

Do you seek to change the dominant perception of psychiatric disorders?

The historical context often seems missing in much research outside of the humanities. Do you see history as an essential dimension of understanding in other academic fields?

Certainly, since the present always is an outcome of processes in the past. Understanding these processes can help to resolve present-day issues.