The ‘Hubble effect’ in early modern art and science

On September 17th and 18th, 2015, the conference ‘Art and Science in the Early Modern Low Countries (ca 1560-1730)’, organized by the Rijksmuseum and the Huygens Institute for the History of the Netherlands, took place in Amsterdam. In this contribution I reflect on the themes touched upon by the conference, and consider how art and science can be understood as two different, but intertwined worlds in the early modern period. 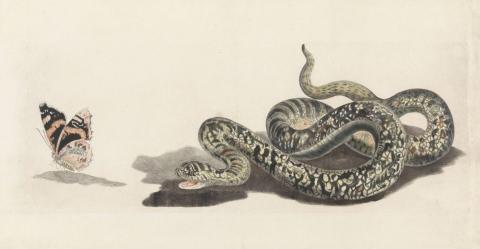 Last April, NASA and ESA celebrated the 25th anniversary of the launch of the Hubble telescope. The impact of the images generated by this telescope since its launch in 1995 has been enormous. In particular, the fabulous ‘Pillars of Creation’, which appear as part of the Eagle Nebula, have become part of our collective memory. The image is a strong marketing tool for science, thanks to copious exposure in magazines, websites, and on talk shows, which has resulted in the situation that many of us have forgotten that it is in fact a construct created by software, rather than a real snap shot. The image is actually a composition of different images, and the colors are denotative additions to help aid in the identification of different gasses and dust particles in space. NASA explains: “We often use color as a tool, whether it is to enhance an object’s detail or to visualize what ordinarily could never be seen by the human eye.”

This artificial modification shows a striking resemblance to the early modern practice of science. The desire to describe and to depict what was invisible to the eye resulted in the development of tools like the microscope. But the visual stimuli generated by this instrument required interpretation. Here the scientist needed an artist – an illustrator who would translate the image by abstracting and transforming it for the sake of scientific investigation and the exchange of knowledge. Examples of such collaborations, the systematic visualization of the microcosmos and everything slightly bigger like insects, shells, and plants, were presented in the session ‘The Small World’ on the second day of the conference held at the Trippenhuis. 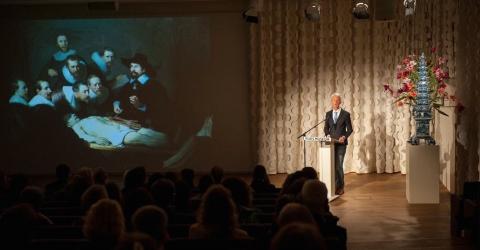 In light of such collaborative examples, what does it mean if we say that art and science are often complementary, or are even two sides of the same coin? Does it mean that the two fields are basically the same? In what way? General observations regarding the shared curiosity and creativity of artists and scientists, the urgency felt by both to observe and understand the world around us, and the parallel that can be drawn between the artist’s studio and the scientist’s laboratory may be compelling. However, they do not necessarily do justice to the grave discrepancies between the two fields, or to the complex collaborations endeavored by artists and scientists. During many presentations at the conference, and the discussions that followed, it was a challenge to grasp this important division. A distinction based not on themes or topics, but on the manner in which the two function in networks could provide a rich area for further research.

As a matter of definition, art in this context is less of a problem, since it covers pragmatically the whole reign of visual objects: from paintings, drawings, and prints, to crafts and sculptures. But how is science defined in relation to the modern distinctions we make between faculties: between humanities, sciences, and applied sciences? Sub-disciplines like mathematics, physics, and biology were studied hand in hand with natural philosophy, theology, and anthropology in the seventeenth century. Not to mention the fact that mayors, lawyers, engineers, priests, and merchants combined their daily work with time spent expanding their natural science collections and maintaining correspondence with scholars in Europe, Asia, and America. Science was, in other words, more fluid, less defined, and less transparent than art.

In light of this situation, it is no surprise that many people made use of information and knowledge derived from observations and experiments in the field – including artists. Artists responded to new scientific insights, though that (obviously) doesn’t entail that they were scientists. For instance, lenses, the camera obscura, and the microscope could have been interesting instruments for painters, as was discussed in the session ‘Ways of Seeing, Ways of Knowing’ on day one at the Rijksmuseum. The systematic gathering, describing, and categorizing of exotic people, animals, and plants by scientists resulted in the production of new knowledge that was enthusiastically incorporated into many artistic oeuvres. Thus there is an obvious causal relation to be made: art responds to science.

This development can be seen in response to the steady stream of scientific truth, which resulted in a similar need for ‘reality’, or ‘truth’, in art. While flirting with scientific, ‘up to date’ information, artists showed similar ambitions by copying the real, as was shown in sessions of the conference that discussed the representation of anatomy and nature in new media. Art forms such as life casts, anatomical studies, painted encyclopedias of birds and other animals after life, or even real butterfly wings pressed in wet paint – why not use the real thing if the suggestion is not good enough! – were among those introduced by the speakers. The platonic concept of truth equals beauty came to the fore once again. However, there were still impossibilities with which artists had to come to grips: how do you, for instance, produce a realistic image of a bird or a butterfly if the color of the wings are ever changing depending on the angle of the light or the time of the year? 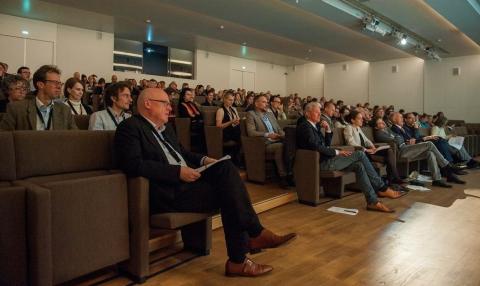 The diverging of the sciences and the arts from the eighteenth century on can be partly understood as a result of changing requirements in standards for classification. An artistic basis for the systematic ordering of nature – living and dead – in the century that preceded was still omnipresent, meaning that scientific collections and images were often organized by principles such as composition, symmetry, form, and color. This artistic influence on science further resulted in bizarrely aestheticized anatomical preservations, and in the exploitation of the spectacle by showing anatomical studies in public theaters.

The problem with science is that no matter how important a scientific discovery, it can only be shown through an image. People want to see it. This awareness is essential for understanding the importance of art to science in any period. Besides the fact that visual information enlightens academic research, it is moreover a powerful tool to carry and disseminate scientific knowledge to a broader public. To return to my first example: only the impact of the images generated by the Hubble telescope made it possible for its research in space to be perceived as widely successful. But at the same time, it is only due to sound scientific input that these images were made possible in the first place. This back and forth illustrates the intertwined relation of art and science, so fundamental to scientific imagery of the early modern period. The snake does not bite the butterfly, but its own tail: it is no simple causal effect, but a continuous interaction between art and science.