You will work within the project ‘Securing Europe, fighting its enemies. The making of a security culture in Europe and beyond, 1815-1914’. This project is funded by the European Research Council, by way of a Consolidator Grant awarded to principal investigator Prof B.A. (Beatrice) de Graaf. You will be based at Utrecht University and will as such also be part of the department History and Art History, Section History of International Relations. The project aims to trace the formation of a European security culture as the sum of mutually shared visions on ‘enemies of the states’, ‘vital interests’ and associated practices between 1815 and 1914. The project pioneers a new multidisciplinary approach to the combined history of international relations and internal policy, aiming to ‘historicize security’. The research team will be comparing a series of different security regimes in which Europe engaged globally, reaching around the world to the Ottoman Empire and China. These highly dynamic regimes were dictated both by threats (anarchists, pirates, smugglers, colonial rebels) and interests (political, moral, economic, maritime, colonial). Mobilising increasing numbers of professional ‘agents’ from various quarters – including police, judicial authorities and armed forces – they evolved from military interventions into police and judicial regimes and ultimately contributed to the creation of a veritable European security culture. 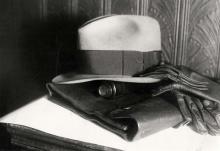 Within the project, a PostDoc and three PhD positions will be available for the following projects:

The PhD/postdoc candidate will of course have the opportunity to fill in these projects or expand on them, based on his/her expertise and research ideas and in consultation with the principal investigator.

Requirements
A successful candidate should preferably have:

For a PhD position:

For a postdoc position:

Conditions of employment
Three PhD positions can be offered for 0.8 fte, beginning November 1st 2014, consisting of an initial period of eighteen months which, after a satisfactory first year, will be extended by another thirty months (four years in total), with a gross monthly salary starting at € 2.083,- in the first year, ending at € 2.664,- in the fourth year on a fulltime basis.

We offer a postdoc-position for 0.8 fte beginning November 1st 2014. Initially, there is a one year contract. After a positive evaluation this contract can be extended with a maximum of three years (a total three to four years maximum). Salary ranges between € 3.037,- and € 3.831,– gross per month on a fulltime basis depending on experience and qualifications.

Utrecht University offers a pension scheme, a holiday allowance of 8% per year, an end-of-year bonus of 8.3% and flexible employment conditions. Conditions are based on the Collective Employment Agreement of the Dutch Universities.

Organisation
Utrecht University is one of Europe’s leading research universities, recognised internationally for its high quality and innovative approach to both research and teaching. Founded in 1636, the University has always focused strongly on research. Owing to its solid grounding in discipline-based scholarship, Utrecht University is at the forefront of developments in interdisciplinary knowledge. The University participates in various thematic multidisciplinary collaborations that conduct excellent research. With its prominence in teaching and research, Utrecht University works towards finding solutions of the highest possible impact and significance to the major challenges facing the 21st century.

The Faculty of Humanities has around 7,000 students and 900 staff members. With its research and education in these fields, the Faculty aims to contribute to a better understanding of the Netherlands and Europe in a rapidly changing social and cultural context. The enthusiastic and motivated colleagues and the excellent facilities in the historic town centre of Utrecht, where the Faculty is located, provide a stimulating professional atmosphere.

Additional information
Apply for this job before 1 September 2014. Are you interested? For more information please contact the project coordinator, Susanne Keesman: s.j.keesman@uu.nl.