The NWO funded project ‘Facing the Enemy. The Spanish Army Commanders during the First Decade of the Dutch Revolt (1567-1577)’,  under the supervision of Dr. Raymond Fagel, concentrates on the commanders of the Spanish army residing in the Low Countries between 1567 and 1577. Drawing on both Dutch and Spanish sources, it literally gives a face to the classical enemies of the Dutch. We want to know how these historical figures became either war heroes or war criminals in narrative sources from Spain and the Low Countries but also how these images relate to actual war experiences as reflected in the commanders’ letters, a rich source virtually neglected up to the present. By combining modern narrative analysis from cultural studies with in-depth archival research, this project aims to bridge the methodological gap still yawning between the two traditions, creating a dynamic vision of the Spanish army in the Low Countries and placing the subject in a wider context of warfare and military violence.

Within this project, two PhD positions are available:

War Heroes and War Criminals. The Spanish Commanders and their Actions during the First Decade of the Dutch Revolt in Narrative Sources from Spain and the Low Countries, 1567-1648 (Vacancy number 14-052)

In this subproject, for the first time the well-known negative images of the Black Legend will be confronted with the images created by Spanish authors, comparing the anecdotes about the Spanish commanders and their actions during the first decade of the Dutch Revolt in narrative sources from Spain and the Low Countries, especially chronicles. Simultaneously, the project will focus on the changes these anecdotes underwent as more time elapsed between the events and the narratives.

Spanish Heroes in the Low Countries. The Experience of War during the First Decade of the Dutch Revolt, 1567-1577 (Vacancy number 14-053)

The letters of the Spanish commanders active in the Low Countries during the first decade of the Dutch Revolt have been used only incidentally for historical research. These letters were written by the commanders who were often present in the actual war theaters. In order to be able to analyze the interplay between professional and personal elements in these letters written by the group of commanders under research, we also need to know the basic features of their military careers and their personal backgrounds. The analysis of the commanders’ letters will be compared to the information about these commanders in the letters of the political elite. 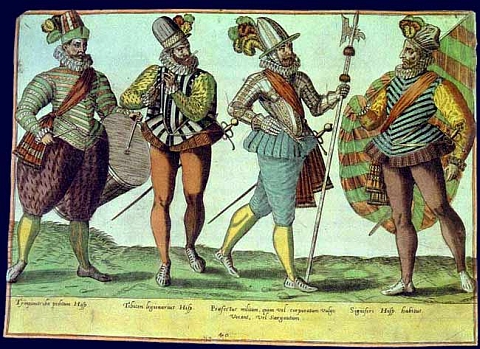 The General History Section is a dynamic research group with broad interests, enthusiastic researchers and lecturers with outstanding track records and is successful in attracting national and international research grants.

Arbeidsvoorwaarden
The two PhD positions are part-time (0.8 fte; 80%) and for five years. Initially all employees will receive a one year contract. An extension of four years is possible after positive evaluations of capabilities and compatibilities. A four-year contract full-time is however negotiable.

Remuneration for a full working week will be € 2.083,- gross per calendar month in the first year, increasing to € 2.664- gross per calendar month in the fourth and fifth year. An appointment with Leiden University includes a pension build-up and facilitates other benefits such as an annual holiday premium of 8% and an end-of-year premium of 8.3%.

Organisatie
Leiden University is a typical university city, hosting the oldest university in the Netherlands (1575). The University permeates the local surroundings; University premises are scattered throughout the city, and the students who live and study in Leiden give the city its relaxed yet vibrant atmosphere.
Leiden University is one of Europe’s foremost research universities. This prominent position gives our graduates a leading edge in applying for academic posts and for functions outside academia.

Applications
Letters of application should be submitted in English and include a:

Please quote the vacancy number in your application and send it electronically to: vacaturesgeschiedenis@hum.leidenuniv.nl before April, 1, 2014. All requested documents should be sent in PDF format.

An interview with the search committee is part of the procedure. Short listed candidates will be interviewed at Leiden University. Interviews will be held in the second half of April 2014.